The rivalry between the two biggest artists in Nigeria, Davido and WizKid, might have reached a new turn as Wizkid’s Made in Lagos just broke Davido’s record.

Since sometime in 2019, Davido has held the record for the third longest charting album on the Billboard World Albums charts with his second studio album, “A Good Time,” an album which was both critically and commercially successful.

Before now, “A Good Time,” which spent 25 weeks straight on the Billboard charts, was only behind Burna Boy‘s Grammy-nominated “African Giant” and Fela Kuti’s classic, “Black President.” 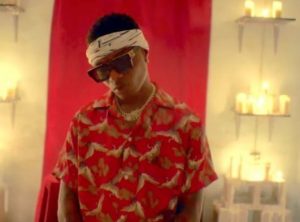 But as of today, Wizkid‘s “Made in Lagos” has surpassed that record and has spent a whooping 26 weeks on the chart.

It doubles as the only album from 2020 to chart that long. Davido’s “A Better Time” was on the chart for just a week.

Wizkid‘s classic fourth studio album, “Made in Lagos” will now look to break Burna Boy‘s record, by staying on the charts for at least 11 more weeks. Maybe, after that, it can become the longest charting African album of all time.

Whichever way it is, one thing that is sure is that, on the international level, WizKid is clear of Davido.