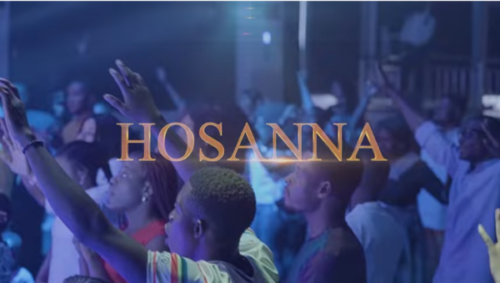 After dropping the single “Hosanna” on Good Friday, gospel singer, Steve Crown returns with the video of this great sound.

The track is off the singer’s latest album, “Karios” which has been touching lives tremendously across the gospel community in Nigeria and across the world.

This video depicts the heavenly angels singing and chanting Hosanna Hosanna in the highest as the singer alongside his team are clad in all-white attire ministering to their audience.

Heavenly angels are constantly singing hosanna in the highest, it’s an old song but comes with a more contemporary appeal this time as Steve Crown spices it up with his lyrical skills and exceptional voice.

There’s something so lovable about this visual, the grace and feel it emits is just heavenly.