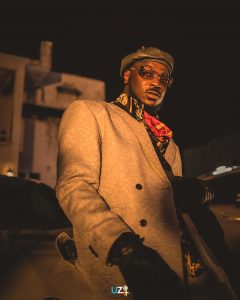 Tobechukwu Okoh professionally known as Peruzzi is a Nigerian singer, song writer and performing artiste. His interest in music kick-started at age 7. Following this, Peruzzi kept on developing his talent and pursuing his music goal until he came to limelight.

He is a talented singer and song-writer who has collaborated with several artistes including the legendary 2Baba on the hit song, Amaka.
Peruzzi Early Life
Tobechukwu Victor Okoh was born on December 5, 1990. He was born into a christian family as the last child and the only son out of three. His father was an engineer, and his mother a nurse. He attended Lerato Primary School, Egbeda and Command Secondary School, Ikeja for his primary and secondary school education respectively.

After graduating from college, Peruzzi went on to study Medicine and Surgery. He attended Odessa State National University, Ukraine. However, in order to focus on his music career, he pulled out from school in his fifth year and returned to Nigeria in 2013.
Peruzzi Early Career
Peruzzi started singing early enough because he was born into a family where everyone sings. So, at age 7, his father bought him a piano. With this, he started training himself on how to play songs. And as a result of his christian background, and as a member of the Choir, he began with gospel songs.

Consequently, Peruzzi started doing real music in 2007. He tried to bury his music talent and concentrate on his studies but his talent was soon exposed in his second year. His friends set him up to sing at a valentine’s day party. Of course, he performed and this reawakened his desire for music.

Thereafter, he combined education and music. He would go to the studio to record songs and still come back to school to study. This continued until he lost his passport in his fifth year and had to come to Nigeria. He never returned to finish his education. Therefore, he started developing himself while also looking for ways to get into the Nigerian music industry.

In conclusion, you can join other people in the conversation about your favorite artiste.

However, he isn’t afraid of anyone because he doesn’t do evil and wish people bad.