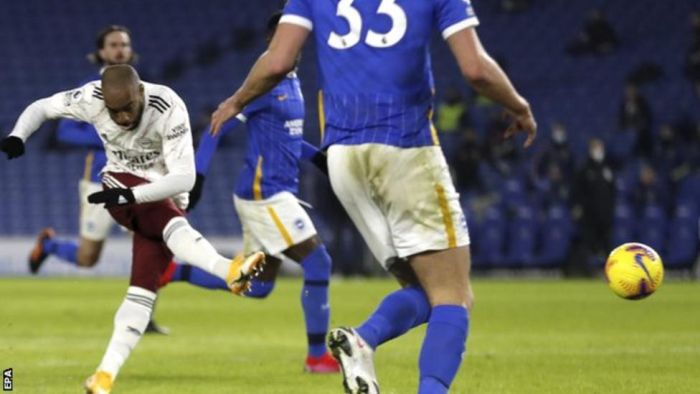 Striker Alexandre Lacazette scored 21 seconds after coming on as a second-half substitute to give Arsenal a narrow win at Brighton.

The Frenchman swept in Bukayo Saka’s ball for his third goal in three games to earn the Gunners their first back-to-back league wins since the start of the season.

However, their display lacked the fizz that saw them defeat Chelsea 3-1 on Saturday. They were particularly sluggish in the first half when they only managed one effort on goal.

Watch the Highlight below: