Home » FromNaija » ”Have The Courage To Be Disliked” – Toke Makinwa 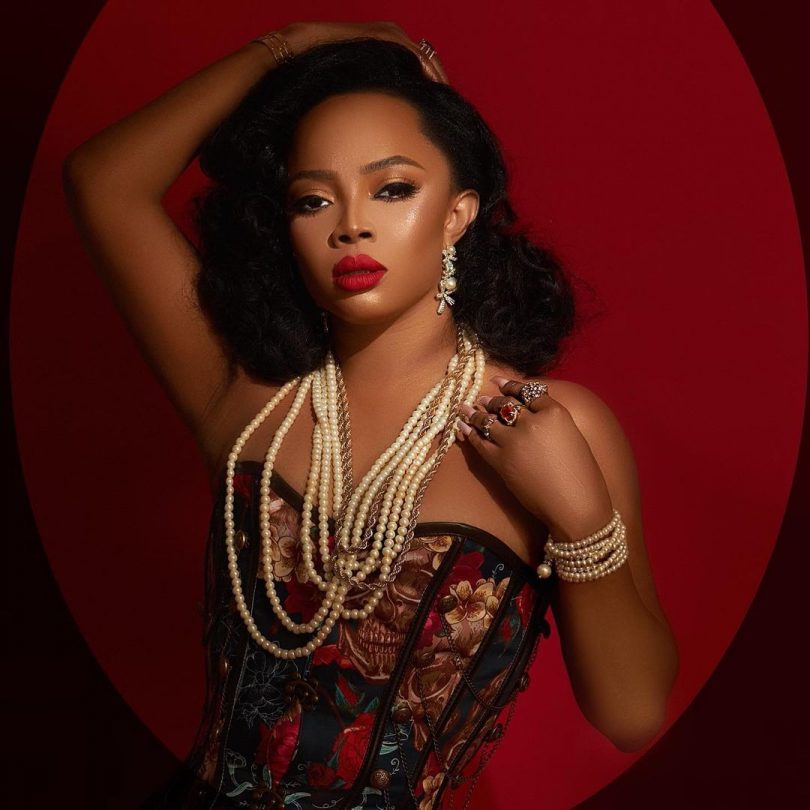 Online Media personality, Toke Makinwa advises people to have the courage to be disliked.

The online media personality said this in her Tweet to encourage anyone who’s going through a hard time with being hated.

Toke further stress in her Tweet that public validation does not put money in one’s pocket.

She advised that in as much as you’re living your truth, that’s more than a lot of people in the crowd can boast of.

According to her the best remedy to living a happy fulfilled life is to ‘Do You’. 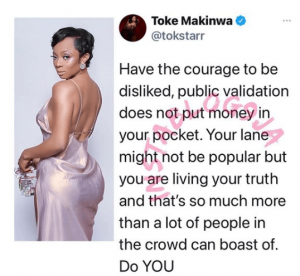 Toke is known to be one of the successful online media personality in the entertainment industry and she holds herself in high esteem.