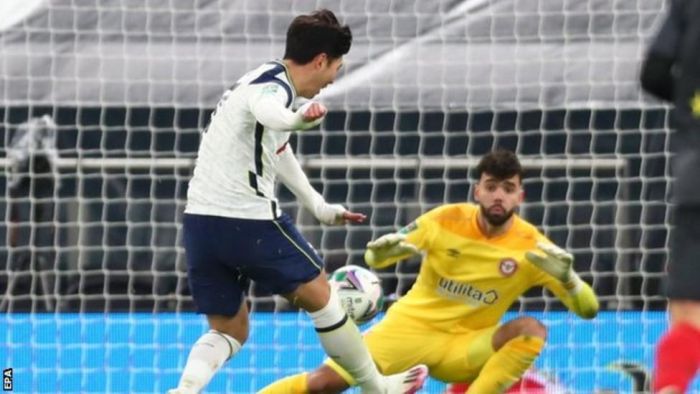 Jose Mourinho said Tottenham Hotspur had been rewarded for taking the Carabao Cup seriously as they moved to within one game of a first trophy in 13 years with a semi-final win over Brentford.

Spurs have not claimed silverware since they beat Chelsea in the 2008 League Cup final and they were made to work hard before seeing off the Championship promotion chasers in this one-leg semi-final at Tottenham Hotspur Stadium.

Mourinho has won the cup on four occasions and goals from Moussa Sissoko and Son Heung-min ensured he now has the chance to make that five, having become the third manager to reach the final with three different teams.

Watch the Highlight below: