However, CDQ, a Nigerian native rap artist, has released a spanking song cover to the official soundtrack of the Hollywood dramedy blockbuster (Mac & Devin Go To School) entitled “Young, Wild & Free,” which he dubs “We Lit.” 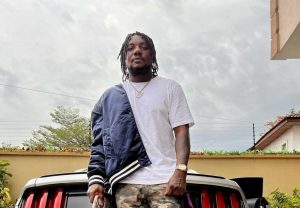 “We Lit” is a parody jam where CDQ delivered a polished performance, switching between Pidgin and Yoruba dialects with ease. The jam serves as a follow-up after he was seen with an ear-gluing studio album, “Vibes and Lifestyle” containing hit like “Addicted” featuring Wande Coal and Jaywillz; coming as a wrap for a successful 2021.

Furthermore, the cover of the soundtrack is here for us with a different act jumping on the instrumental already. Music production was laced by radiant sound engineer, Citi Boi.

Awa tefa gbo
Awa fe mo si
We keep it lowkey
No go tell my mummy
No give me one puff
One ounce all I need
When you puff, I puff, We lit