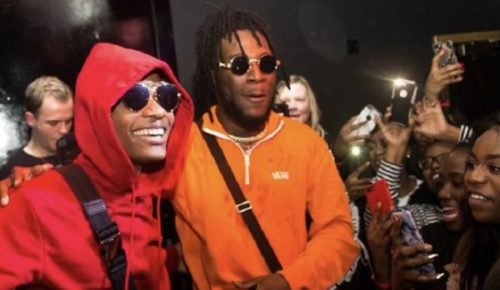 The Nigerian musical duo of Burna Boy and Wizkid have been spotted on set as they shoot a new video in Lagos.

The two Nigerian Grammy Award winners did a music video together sometime this year in January with the title “Ginger” and now they return with another.

A video posted on Instagram has the duo clad in suits displaying their awards and having some golden cups in their hands while some video vixens engulfed them.

The duo won big at the Grammys with their critically acclaimed albums in 2020 and this season, they’ve both dropped some sensational jams with Burna Boy coming through on “Kilometer” while Wizkid offered some scintillating visuals for his song with Tems in “Essence”.

It’s not clear if they are shooting a music video, but the sight of directors and video vixens in the background suggested so.

Watch the video below.