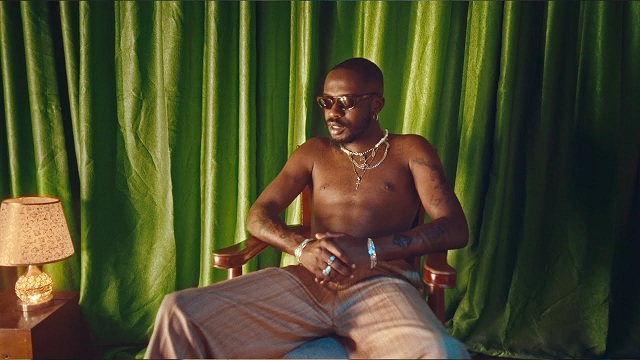 The ditty record “Unconsciously” sees BOJ working with Victony to usher in a smooth sonic anthem for your playlist.

Furthermore, “Unconsciously” was taken from BOJ’s recent project, “Gbagada Express,” which was released a few months ago.

“Gbagada Express” album which contains 16 amazing sounds. The body of work host acts like Tiwa Savage, Buju (BNXN), Fireboy DML, Amaarae and many others. The song which is also part of the craft contains all the ingredient you can find in a great and its a potential hit sound. It is a follow-up to his lead singles ENNY-assisted previous record, “Culture.”, “In A Loop” featuring Moliy, Mellissa and lastly “Abracadabra” which features Mr Eazi & Davido.

Check out the colourful video directed by The Alien. It is ahead of the deluxe edition of his sophomore album, “Gbagada Express.”

Finally, BOJ was recently featured on the A Colors Show, where he performed and delivered the spectacular single “SEE ME.”

Adey turn up the volume
Woahh ‘boj on the microphone’
Woah

Patiently waiting, shamelessly craving
Your body on me baby, that’s on a daily
Girl it’s a bigger bigger problem I’m facing
And it’s mandatory
I have a taste of this