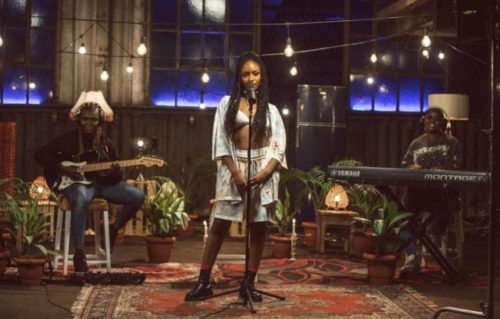 She was invited by the Nigerian Students Association of the University of California, Berkeley to come perform for them which she did and knocked herself with a grand performance.

She performed the single “DITR” on stage for the Nigerian Students. The single is off her maiden album which is named after her.

However, she wasn’t physically present in California for the performance as it was a virtual one and she did it with her live band while her audience watched in real time.

The excited Ayrra Starr took to her Instagram page to share a short video clip of her performance and thanked the students for having her, saying she can’t wait to meet all of them in person.

Watch the video clip below.