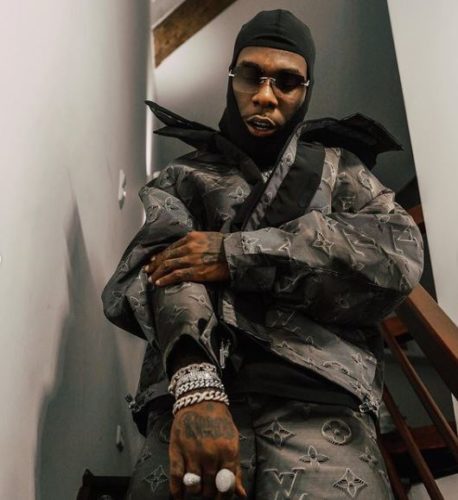 A staunch follower of Davido has called out Burna Boy on social media for competing with his star singer on jewelries.

Burna Boy had rocked a jewelry that looked exactly like the kind worn by Davido which had caused the fan to perceive it as competition, thus quizzing the self-acclaimed African Giant, Burna Boy with the line “Why Burna De Always Compete?

Davido is known for flaunting pricey pieces of jewelries on his hand worth millions of naira and his hands are about the most valuable in the music industry of Nigeria going by the worth of jewelries seen on it.

Burna Boy is also wealthy on his own lane, and had gotten himself a fine piece of jewelry bearing resemblance with that of Davido, but a fan felt it was competition and lashed out.

why burna dey always compete? i just knew he was going to do this 😂 pic.twitter.com/aNcCDIDbhD